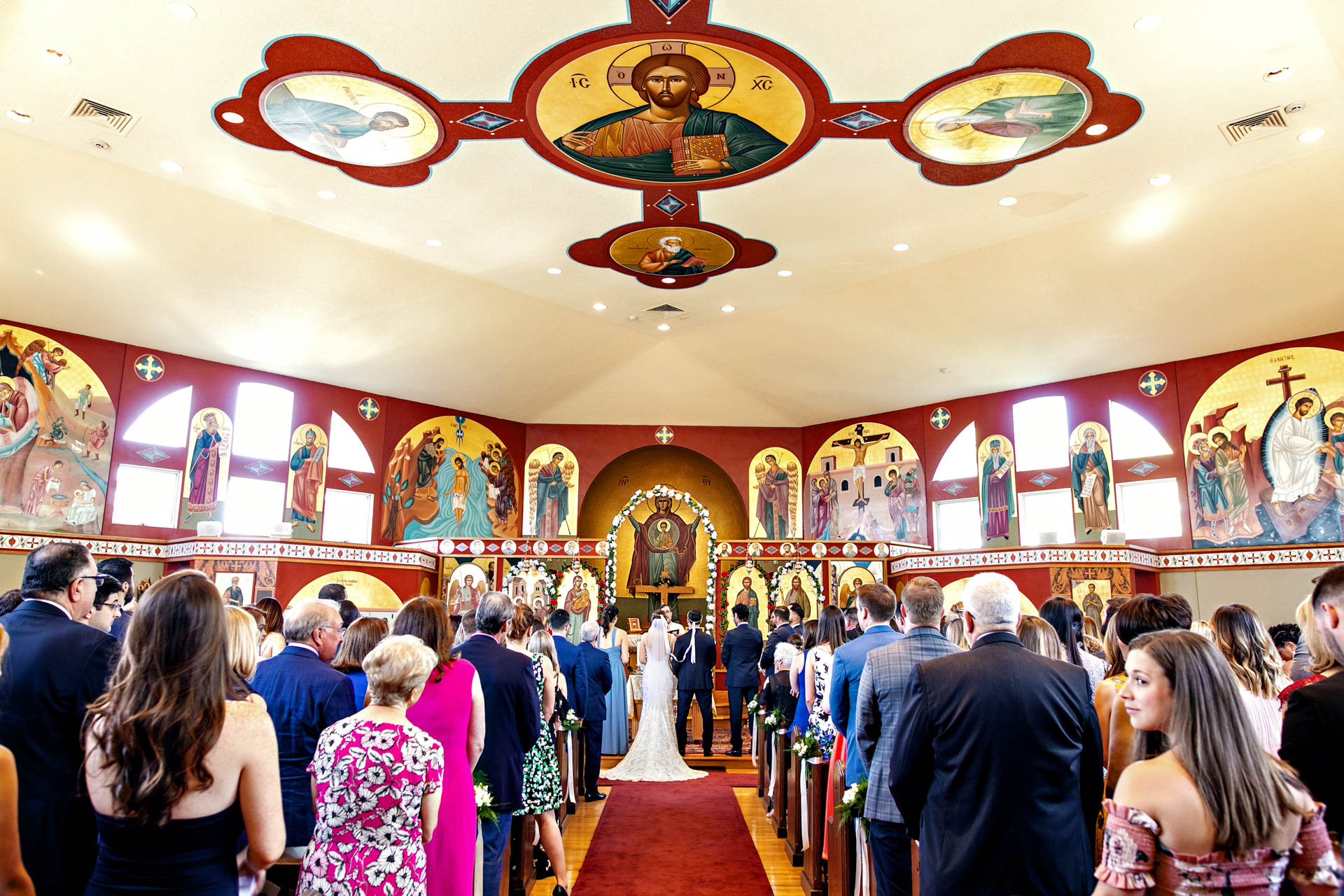 Alexandra and Mike were married in a Greek Orthodox wedding ceremony in Newburybort, MA.

When we originally spoke on the phone, Alexandra and I discussed her wedding day timeline. Conversation came around to the church, and the Greek Orthodox wedding ceremony. There may have been some concern because the Orthodox tradition different than say Catholic traditions. Some photographers might not have the experience, but after photographed dozens of Greek weddings over the years, I assured her that I’d be up to the task. Honestly, I love everything about the Greek Orthodox ceremony, except maybe the frankincense. LOL. Seriously though, I enjoy seeing age old tradition in today’s modern world. The architecture, lighting and detailed artwork inside add depth to creating wedding photographs.

Looking back on their wedding day, it was really easy to photograph Alexandra and Mike. Part of our success was that we had an engagement session last summer, which is alway helps to knock out some awkwardness. Nothing like staring at each other and giggling like children in the middle of Boston to get you comfortable posing for photographs! Also, we were able to plan a meeting prior to the wedding, giving us another opporuntity to talk and go over the timeline.

The day of the wedding was a near perfect day for photography. My second photographer, Brendon and I were able to make some fun, candid images for Alexandra and Mike. I love that we both got pictures of the bride and groom in a hallway before the ceremony. Those images will look nice together in the album. Of course the church was beautiful, but it was a bit tight in there.  Although it was hard to move around to change positioning, were were able to create images from different angles. During Greek Orthodox wedding ceremonies, the priest will invite the photographers to be as close to the bride and groom. This lends itself to more intimate images than most church ceremonies, so even though space was limited, we got our shots.

Immediately after the ceremony guests arranged a bubble sendoff, which made for a great wedding photo.Most of the portraits were taken in downtown Newburyport, MA, right by the water. Unfortunately, it was a bit too bright and packed with people to make good use of the waterfront. That was a bummer, however we have a rule: “this is not our photo shoot, it’s your wedding”. Meaning that although we want to make the most amazing photos for all of our couples, we aren’t going to ruin your timeline to make one picture. So once we had all the family and wedding party portraits, we were on to the Ipwich Country Club.

Dancing With The Crowd

Dinner, dancing, bahklava and throwing money was the theme of this reception. The Greeks sure no how to party, and just as the ceremony traditions are held on from the past, so to with the music and dancing. The dance floor fills up and moves as one and if you don’t move with the people you’ll get in the way. Dancing with the crowd is the best way to get the photos, stay out of the way and not get hurt. It’s incredibly fun to photograph and yields tremendous results. The image of Mike’s grampa throwing the money is another one that will have to go in the album.

Dress: VOWS Bridal/ Made with Love