First look wedding photos have become very popular over the last few years and it’s rare that couples are on the fence about it. Some are incredibly open to the idea because they want to plan to organize their portraits earlier in the day. Some couples won’t even consider it because they want to save it for the ceremony aisle. It’s certainly not for every wedding, but there are a lot of advantages to planning a first look. 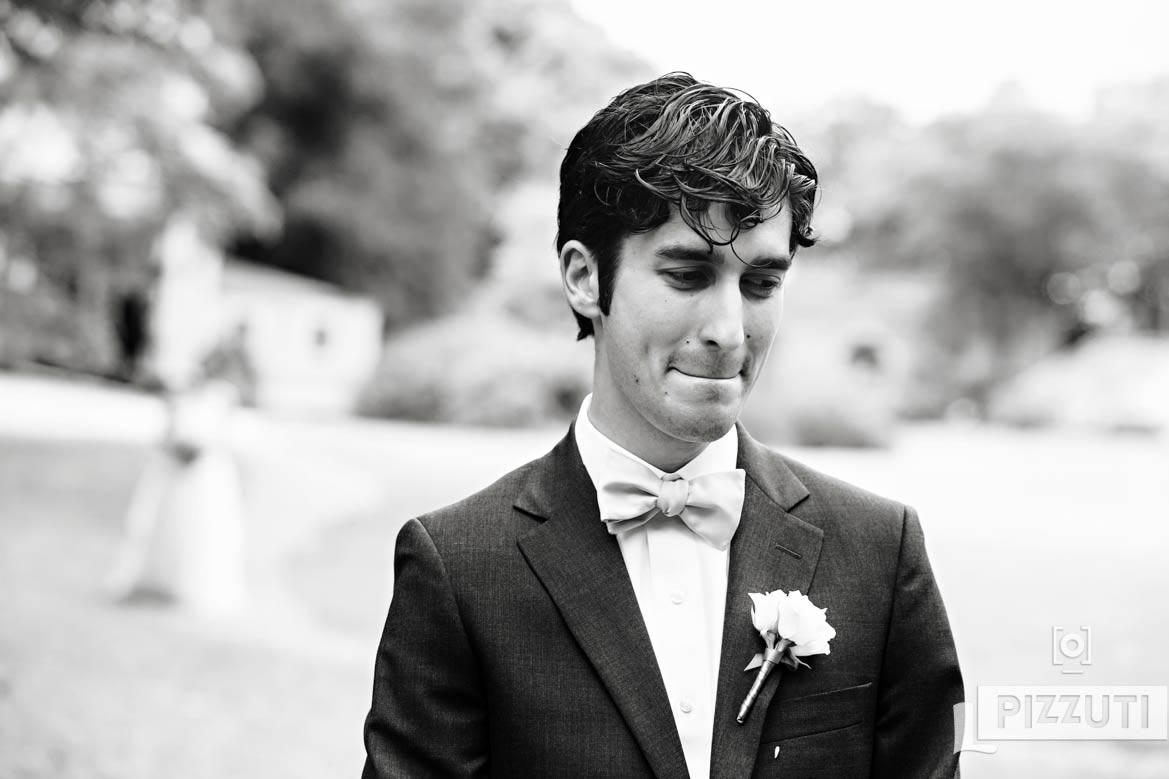 The groom awaits in anticipation during a first look moment at Lyman Estate. 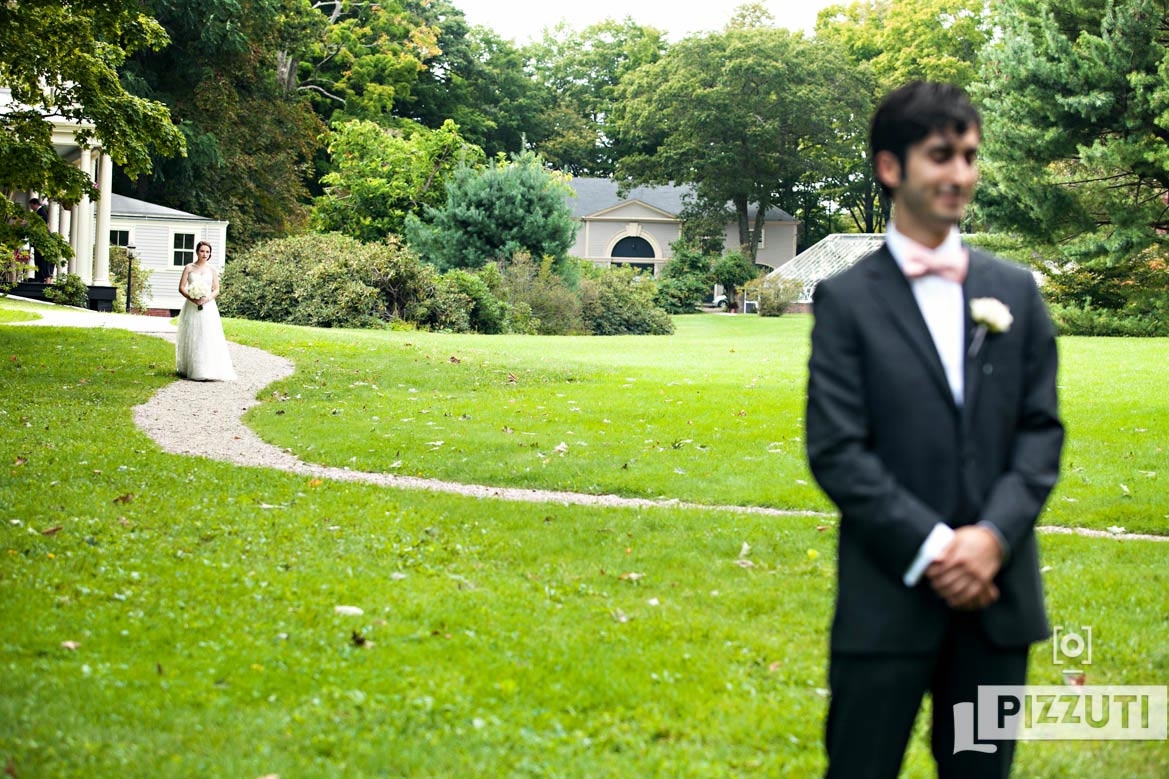 The bride walking towards her groom, who is waiting to see her for the first time. 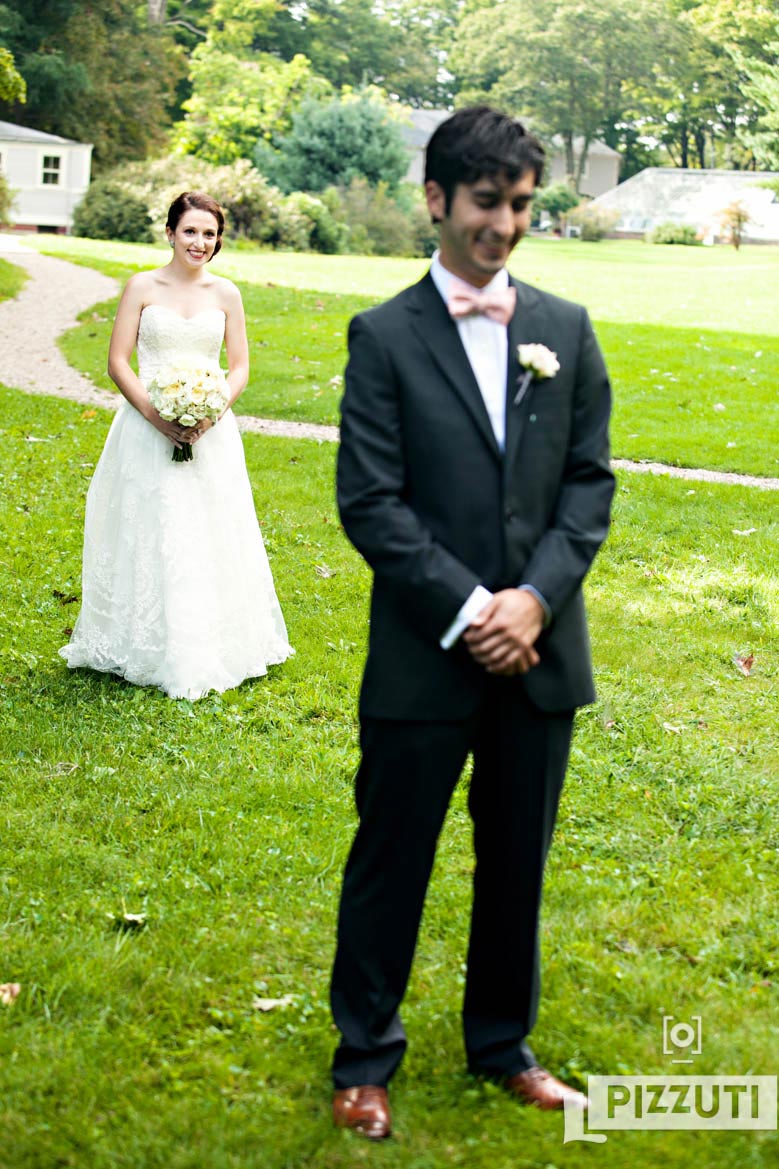 I love the smile on the bride’s face as she approaches. 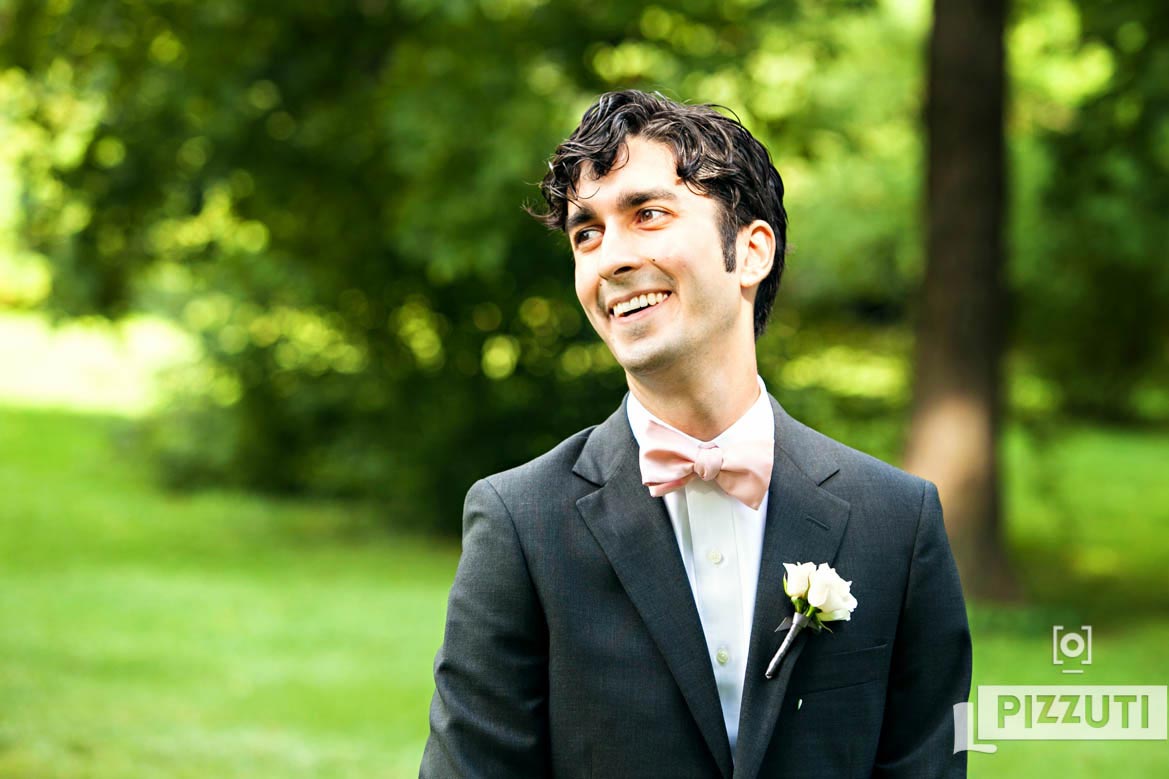 As he turns and sees his bride, the groom’s look says it all. 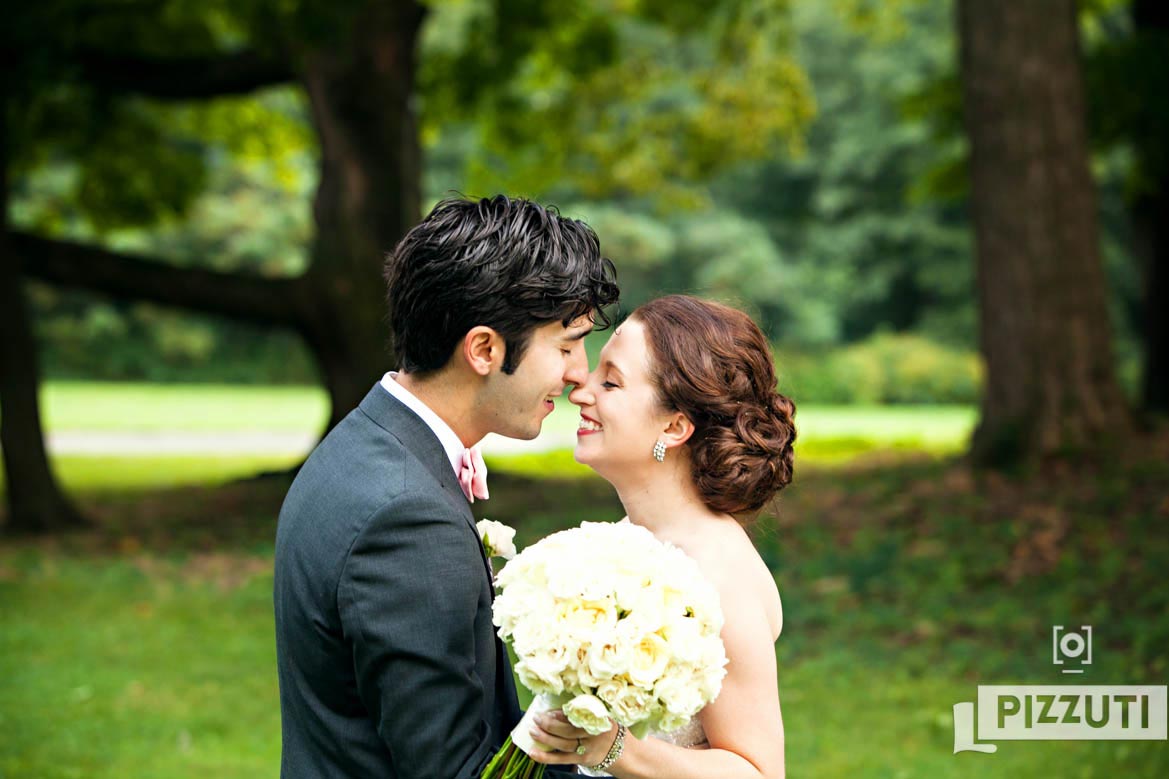 And now they have a bit of quiet time before the ceremony to take it all in and be together.

I’d love to hear your thoughts on your first look or why you chose not to have one.