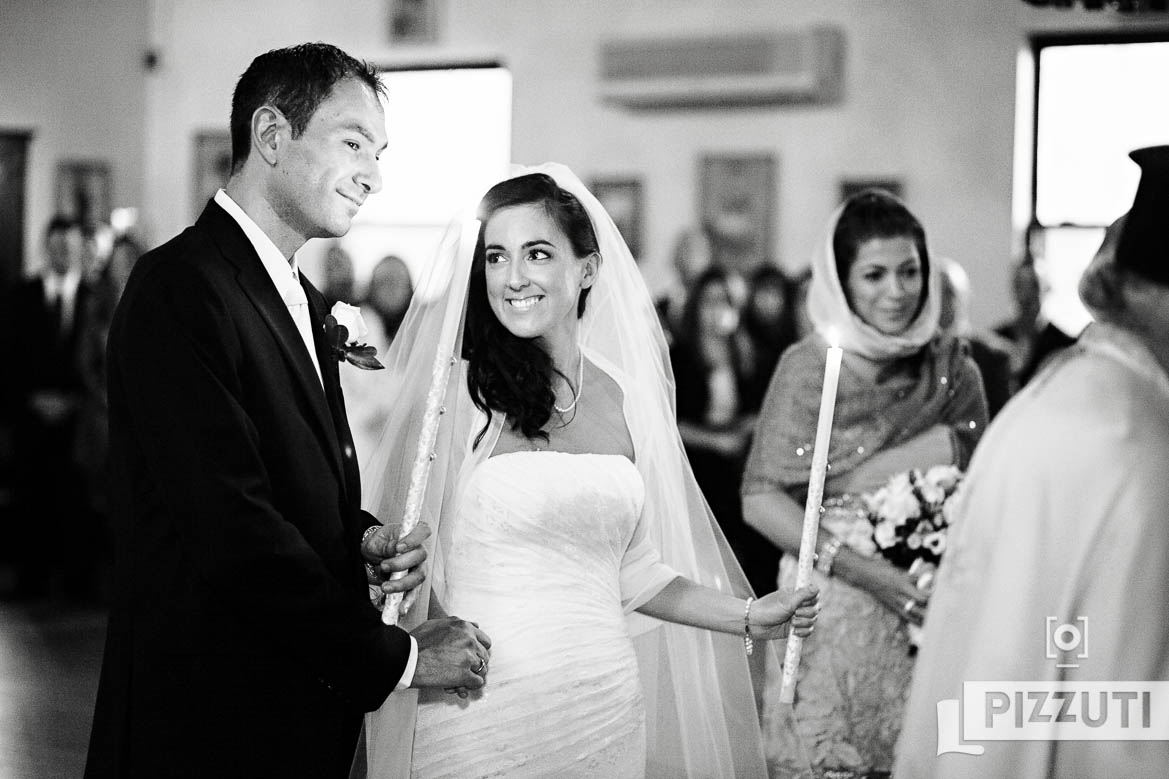 Last November, Shelley and Nick were married at St. Mark Greek Orthodox Church in Roslindale, MA. The church was lit only by candles and the late afternoon sunset coming through just one window. It was a phenomenal scene and it certainly made for some interesting photographs. The whole day was like that right from the start.  During the “getting ready”, Nick’s family, holding to Greek tradition, shaved him and dressed him while his mother and aunt’s sang traditional songs. The ceremony was full of dramatic light and powerful moments. During the bride and groom portraits, we were running out of light at the arboretum, which always gets a photographer’s heart rate up. And the reception at the Indian Pond CC was beautifully presented and full of Greek dancing and flying money. What a day! In the blink of an eye it was over, but we are so thankful we had the opportunity to make these images for Shelley and Nick. Congrats you two!